Just a month ago, I supported a customer who needed some assistance troubleshooting his marine navigation application on his boat.

He was a retired gentleman who was trying to confirm functionality of the Sealevel 2105R, a ruggedized RS-232 serial adapter cable. It was being used as the interface adapter between his boat’s GPS and his laptop. His goal was to source the GPS serial data stream (NMEA 0183) into his software navigation program.

This is a common application among boat customers and provides position data for plotting a route. One end of the 2105R cable is USB, and the other end terminates to a male DB-9 connector that will mate to the serial device — in this case, the customer’s GPS. Many customers use our serial-to-USB adapters because most laptop manufacturers do not include the serial connection on the portables, mainly due to cost savings. Plus, much of today’s peripherals connect via standard USB.

After inquiring, he explained that his boat was an American Tug 34. He and his wife live onboard full time and depended on their navigation system for location guidance. I mentioned that I understood his concern as I had been in the Navy and appreciated the importance of uptime for critical communication equipment.

With a spark, he revealed he had been in the Navy, and that in the fleet, he flew the A-4 SkyHawk. This attack jet was produced by Douglas Aircraft Company, which became McDonald Douglas and is now part of the Boeing Company. They first saw service in the Yom Kipper, Vietnam and Falklands Island campaigns. After over fifty years, this aircraft is still in service today by foreign countries. I mentioned I had prior carrier service, and we talked about our service adventures for a moment. I mentioned having an appreciation for the F-14s onboard; he said he thought they were always “easy on the eyes”.  Interestingly, when he discharged from the Navy, he w 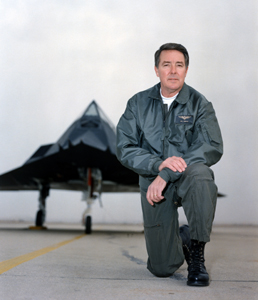 ent to work for Grumman as a test pilot on the F-14s. He was testing the Tomcat for years before the Navy squadrons VF-1 and VF-2 had their first jets delivered in 1973. He humbly said he had logged almost a thousand hours in the Tomcat, flying them for eight years. After Grumman, he went to work for Lockheed and joined their Skunk Works program.

He then modestly said that he had over six hundred hours in the F-117 Nighthawk. This is the stealth fighter that for years, many thought was a UFO — until the U. S. government finally divulged its existence. I was amazed to have actually talked to a pilot that had flown the ultra-secret F-117. I thanked him for his service to our country, and he repeated the same for mine.

He retired from Lockheed, and he and his wife purchased a sail boat. For the next seven years, they sailed around the world. For 22 years now, they remain living on boats, tied to the adventures and freedoms of the sea.

In the end, the 2105R proved robust and functional, his system checked out and he was complementary and pleased. I spent some time teaching him some tips on troubleshooting and our software utilities and then sent him files that could help him out of a bind while at sea. He had a much better understanding of our software and hardware interactions. I offered future assistance, said I enjoyed our talk, and then reluctantly said goodbye.

I became more curious of who this customer was as the day went on, and so I stopped for a moment, and googled him. I found articles immediately; I had no idea that I had been talking to an aviation celebrity.

Not only was Hal a test pilot, he was actually the first test pilot to fly the Lockheed F-117 Nighthawk Stealth Fighter on July 18, 1981. Read more about Hal’s interesting first flight in the F-117.

As OT and IT converge, what #bestpractices can be used to bridge the #cybersecurity gap? https://bit.ly/2OeDztz #OTITconvergence #manufacturing #operationaltech

Looking to the Future of Wi-Fi: Wi-Fi 7

The Convergence of OT & IT Cybersecurity