On a recent trip to Morocco, I took a hot air balloon ride with Ciel d’Afrique. When Maurice, the Frenchman who owned the company, started offering tours, he went the route of the traditional wine-and-cheese balloon ride over the countryside.

At the end of a tour one day, a local villager approached the owner and offered him mint tea, honey and bread — all traditional Moroccan foods. This sparked an innovative idea: instead of offering wine-and-cheese tours, he would offer a more authentic Moroccan culinary experience during balloon tours. He talked with several people in the village and created a network of Moroccan hosts. When the balloon lands in the village, one of the hosts welcome the tourists into his/her home with local food and hospitality. The tourists get an up-close look at life in Morocco while the villagers get a chance to become cultural educators and entrepreneurs.

During my tour, we visited the home of a Moroccan woman named Fatima who lived in a village about ten miles outside of Marrakesh. Her husband had abandoned the family years earlier for unknown reasons, leaving Fatima to support herself and her children. While Morocco is a progressive nation, government assistance is often not enough to provide the necessities of life. Fatima became a hostess for the balloon company. Though she speaks only her native language, the owner of the balloon company is able to translate her stories for the tourists.

The money she has earned through opening her home and sharing her culture has given her the means to provide a better home. Now Fatima and her children have a chance to broaden their views of the world from the tourists who travel from distant countries and stop at their home for a simple Moroccan meal.

As a businessman, I appreciate the work of the balloon company owner. Not only did he establish a thriving business in Morocco’s ever-growing tourism industry, but he saw an opportunity to try something new. Instead of the same wine-and-cheese tour you would find in California, Tuscany, or Bordeaux, he customized his tours to offer a more authentic Moroccan experience. By doing so, he utilized resources that bolstered the local economy, relied on local people and goods and provided jobs for local people who were willing to take a chance at being entrepreneurs. He found a way to help the community without offering a direct handout. As the company’s network of Moroccan hosts grows, the community reaps the benefits thanks to a man who sought to keep his business local.

I strongly believe in the philosophy of keeping business local. It’s something that I have always strived to do at Sealevel. Although we have 50 employees in-house, our team reaches far beyond the walls of our facility. From assembly to fabrication to distribution, we rely on outside sources — many of whom live and work in the state of South Carolina. By keeping business local, we not only improve the economies and quality of life within our communities, we also have the opportunity to engage in face-to-face meetings, control business costs and develop stronger partnerships in our own backyards. 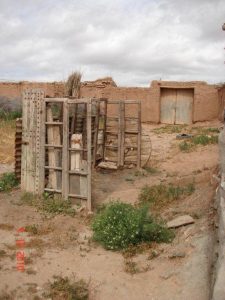