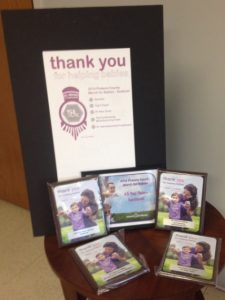 On Saturday, April 26, Team Sealevel gathered at Old Market Square in downtown Easley for the 2014 Pickens County Walk for the March for Babies. Prior to the Walk starting, Sealevel received awards for #1 New Team, Top Fundraising Manufacturing Team, and 3rd Overall Fund Raising Team for Pickens County.  Sealevel was also recognized along with Baptist Easley, Kentwool, and Alice Manufacturing as a local sponsor for the 2014 Pickens County March of Dimes Campaign. Tom O’Hanlan, Sealevel CEO, received the #1 Individual Adult Fundraiser award. He led our Team Sealevel off the starting line for the five mile walk. The Pickens County Walk for the March for Dimes exceeded their 2014 goal by raising nearly $136,000.

As an employee of Sealevel, it was awesome to see this company come together for the March of Dimes cause. We held corn hole tournaments, created a 9 hole putt-putt course through the office, grilled hot dogs, made egg rolls, and I think there were baked goods in the break room every single day! We might not have any money left, but there is definitely an unexplainable joy in giving. 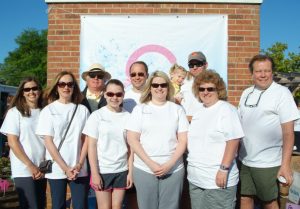 There is one story that I must share with everyone. We had a huge jar of jelly beans in the break room for about a week and you paid per guess on how many you thought were in the jar. One of our engineers took this to the next level. First, he approximated the weight of the jar with the jelly beans in it by holding it. He then subtracted the approximate weight of just the jar. He followed that by googling how much a jelly bean weighs and doing some simple math to come up with his guess. Unbelievably he was the winner!

Thank you to everyone in Pickens County who participated! We are ready for next year!