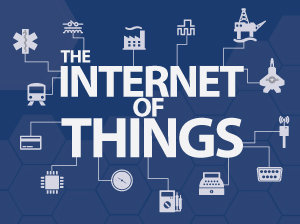 Innovative technology was on display in never-before-seen numbers at this year’s Consumer Electronics Show (CES), held January 6-9: at least 900 representations of products incorporating the Internet of Things (IoT). LG Electronics, in particular, focused their press conference discussing how they were using the IoT to create technology that improves our lives by interconnecting the tools we use every day.

The takeaway from this year’s CES is that everything is, or will be, connected to the Internet. And whether that simplifies your life or brings up concerns about security and privacy (we’d argue that it does both), the future will be defined by connectivity. What does that mean? The future may look like a smartphone that communicates with your car and your home, or even your body. The question isn’t “What will be connected to the Internet?” but rather “When?”

And for the IoT to function for people, it must work across multiple platforms, devices, and locations. In other words, openness is key. With each company trying to lead the pack, the main obstruction to the IoT working in reality is incompatibility among platforms. For any technology to work, it has to make sense and be simple to use. Create problems for users, and they will abandon the brand.

AllSeen Alliance is just one group dedicated to an open IoT, with members such as LG, Panasonic, Disco, HTC and AT&T. Their strategy would allow multiple devices to talk to each other using the Qualcomm AllJoyn Framework which is recognized by most operating systems.

As with home and play, work is also being influenced by the IoT. The value for implementing smart devices in a manufacturing capacity is obvious: Often the efficiency of your facility depends at least in part on devices communicating to each other and to you.

King’s Hawaiian — yes, the bread company — boasts saved time, space, money, and more efficient processes since creating a smart factory in 2011. The facility operates using Allen-Bradley ControlLogix® programmable automation controller and stores data using FactoryTalk Historian programs. According to their case study, production doubled and their factory has plenty of digital room for growth and expansion. The interconnectivity of the plant allows for fast inventory assessment and stocking.

GE is another example of a company that has already implemented the IoT in their factories. In fact, in June 2014, GE declared their intent to build not just a “smart factory” but a “brilliant factory” — a dynamic system in which machine parts constantly relay information to operators, who can schedule maintenance before equipment fails, all the while improving the manufacturing process — in Greenville, SC. An IIoT factory right in our front yard!

So why don’t more facilities make the upgrade? Keeping up with the latest technology in a factory setting is, at best, expensive and, at worst, impossible due to the costs.

How can Sealevel help? One way is by helping to connect existing factory infrastructure to front office systems. For many years serial I/O (e.g. RS-232, RS-485) has been the main method of interconnecting factory machines. Since older devices aren’t set up for Ethernet connectivity, bridge devices can be used to connect older equipment to an Ethernet network. We already make products that can be used to connect your facility machines: SeaLINK serial servers and eI/O digital I/O are good examples.

eI/O modules allow you to monitor analog and digital input and output across your facility via an Ethernet network.

Contact us to find out more about how Sealevel can help you make your facility more connected.