You are headed out of town on vacation. As you leave, stop by the gas station and walk in to pay with cash before pumping. Don’t forget to grab film for the camera, a new roadmap, and a few VHS tapes for the kids to enjoy once you reach your destination. You’ve got the bag phone in the car for emergencies so make sure the ringer is on in case anyone needs to reach you.

We’ve seen these innovations and many others over the past 30 years and are proud that Sealevel Systems has played a role in enhancing some of these technological advances. Read on to learn about our contributions to laptop computing, hybrid vehicles, and IP data transfer. 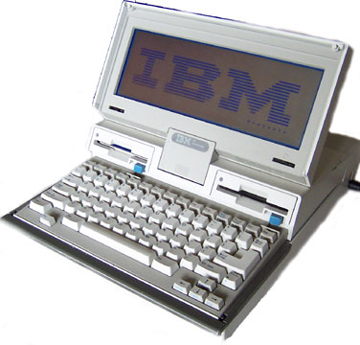 IBM announced their first “laptop” computer on April 3, 1986. The IBM PC Convertible weighed in at a hefty 12 pounds and was priced at $1,995. Among its claims to fame were the utilization of 3.5″ floppy disks and the ability to run on batteries, much like our modern laptops. The world of laptop computers has seen countless innovations since: improved displays, increased memory, solid-state storage, extended battery life, etc. And, an invaluable development for military applications, the introduction of the “rugged” or “ruggedized” laptop, built to operate under adverse conditions. A Sealevel Systems customer has provided ruggedized laptops for the U. S. military for over a decade. Over the course of that service, Sealevel had designed a variety of solutions to expand the I/O capabilities of those laptops, including MIL-STD-1553, RS-485, Ethernet, USB, and digital I/O interfaces. Recently, the design requirements have included two laptop versions, identical in function but with different sizes. Each version also required a docking station with specific technical constraints. In response, Sealevel developed compliant designs and collaborated on the development of prototypes for a Rugged Laptop Docking Station. Sealevel engineers conducted rigorous field and laboratory testing to ensure all specifications were met or exceeded. Specifications included: 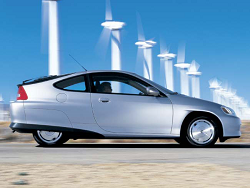 December 1999 marked the sale of the first hybrid car in North America since 1917. While the first hybrid vehicle was built in 1899 by Ferdinand Porsche, its heyday was cut short by Ford’s automobile line, which produced vehicles at lower prices and with more power. Fast forward to the 1970s and the oil crisis fueled (pun intended) a hunger for
hybrid technology. Finally, the 2000 Honda Insight was born. With two doors and two seats, the Insight rated 70 miles per US gallon in highway driving but did not feature the plug-in capability that is synonymous with today’s hybrid vehicles. Fast forward once again to present day and alternative power technologies are resplendent in the automotive industry, extending to public transportation. A Sealevel Systems client sought to take a battery powered electric bus to market and the need for accurate, continual battery monitoring was readily apparent. They charged Sealevel with delivering a means to remotely monitor the bus battery’s charge and access the data. Sealevel responded with a RISC processor integrated with CAN Bus and Ethernet connections, allowing the customer to receive data from the vehicle’s on-board systems. Specifications included: 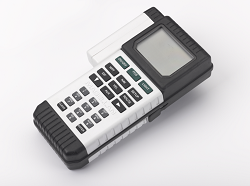 The past 30 years have seen an insurgence of IP data, namely the development of GPS devices and the use of text messages for communication. And, while technically older than 30, email has evolved significantly in the same time frame.

The first consumer handheld GPS device, the Magellan NAV 1000, made its debut in 1989. It weighed approximately 1.5 pounds and sold for $3,000. Features included a text display and the ability to store up to 100 waypoints in memory, but it only allowed for one available route.

These and other data developments exist only because of and rely upon connectivity. Anyone that has depleted their data and can’t connect to a Wi-Fi source would heartily agree. But what about more specific connectivity needs? The U.S. military relies on a variety of tactical radios to provide data communications and situational awareness and it is often difficult to achieve interoperability. Sealevel Systems partnered with the Defense Information Systems Agency (DISA) to develop the ACC-188, an interoperable USB to synchronous adapter. Paired with DISA’s PDA-184 software, the adapter enables PC compatible computers to connect to tactical radios to transmit and receive the very GPS data and text messages referenced here, along with a host of other IP data items including emails, images, and coordinates. Specifications included:

#AI is being used to find unofficial roads in the Amazon #rainforest and combat #deforestation. https://bit.ly/3buFjsx #ForestryFriday #logging #mining #biodiversit

How to secure the #IoT #supplychain? @ENISA_eu has some best practices. https://bit.ly/2MT6L8R #cybersecurity #infosec #datasecurity