The U.S. military has long been at the forefront of innovation, and their research efforts have led to many consumer goods that we now take for granted, such as 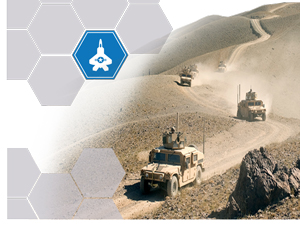 microwave ovens, duct tape, GPS devices and even the internet itself.

However, there is one area in which the U.S. military is conspicuously behind the civilian world: the Internet of Things. IoT has obvious applications for the armed forces, from vehicle maintenance to personnel monitoring to stock control. Despite this, uptake has been slow in most departments, with no immediate plans to implement an IoT infrastructure. Why is that?

Looking closer, the military has several concerns about IoT:

Many of these issues will sound familiar to anyone who has ever tried to lead any kind of digital transformation project. While the stakes may not be quite so high in the private sector, reliability and security are always major concerns.

Culture is also a big issue, and private enterprise is capable of being just as risk-averse as the military. There may not be lives on the line, but businesses do have to make sure that they are making the right investment when they implement new systems. If a company doesn’t have an innovation-led culture, they can often put off the decision to upgrade until the last possible moment.

The military has begun taking steps towards implementing IoT technologies — some troops have been issued with helmets containing built-in monitoring devices to detect potential concussions and other brain injuries. It’s a small step into the world of IoT, but one that could save numerous lives. And, as solutions to military concerns about IoT develop, hopefully more life-saving technologies can be implemented.

Through #ArtificialIntelligence and a project called Skyborg, the @USairforce is on its way to fully autonomous aircraft. https://bit.ly/2Xc8EiJ

Sealevel programs have been assigned a DX rating – check out what that means, and how Sealevel is continuing to perform as an essential business during this time. https://bit.ly/2zO5Yj4

Blockchain Part I: What Is Blockchain?

The Air Force’s AI Fleet of the Future