Policing is a complicated matter in the 21st century. Consider the following statistics:

These massive data sets exclude negative social influences that have increased in severity over time, such as systemic prejudice or the opioid crisis. Between the raw volume and the complexity of influencing factors, it is no wonder that traditional policing has become overwhelming. To simplify and improve their public work, Federal and local agencies have reformulated their tactics to engage in “predictive policing.”

What is predictive policing?

Predictive policing means maintaining law and order by “predicting” crime rather than reacting to events. However, 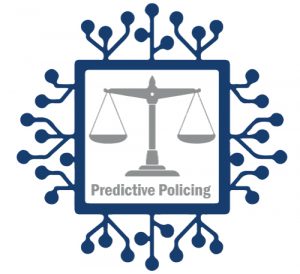 this predictive ability is not a Minority Report prophecy but a two-part policing method that uses analytics and critical responses to improve public safety. By tracking and analyzing data as well as monitoring it in real time, patterns can be seen that reveal insight about future crime. This insight may be about incidents, places, groups and people. Those patterns are followed up with interventional protocols rather than reactive or defensive procedures.

Avoiding reactionary, situational diffusion techniques, this method of public supervision focuses on proactive, risk-mitigation policies. The National Institute of Justice explains that predictive policing serves to both prevent future harm and evaluate practices for revision. While this method of protection deploys resources in a more effective and cost-efficient manner, its primary benefit is reducing the risk to human life — whether an officer, criminal or victim.

Predictive policing is the latest effort in a series of initiatives that use technology to enhance traditional public safety efforts. Previous methodologies include hot spot, intelligence-led and community policing.

What technology does predictive policing use?

The primary tool of predictive policing is big data. Depending on the technical organization assisting the agency, the data may be geographic, personal, open source or crime data. The data may be historic or gathered in real-time. Examples of data collected include the rain forecast, payday schedules in a region, local events, construction, daylight duration times and previous criminal events at a specific location. These data streams are collected from traditional means — eyewitness accounts and filed reports — or they may be more modern. Modern tools include sensors, high-definition cameras and drones. Arranging sensors in an integrated, distributed model is another achievement that has improved data collection.

For example, PredPol, the market leader of predictive policing software, uses nonpersonal data to populate its algorithms. This means that their information is nonidentifying and therefore independent of individual experiences. Another provider, HunchLab, works with open source data: weather conditions, public reports of crime, establishment addresses and transportation hub locations. Their software thus has a wide swath of information and analyzes information outside of the jurisdictional collection sources.

How the data is harnessed and applied relies on AI-enhanced processing and modeling. The amalgamated data sets get processed by a machine learning program that uses deep learning. It sifts through all the information and assesses historical patterns. From there, it makes forecasts and predictions. These forecasts may be tied to geographic spaces: for example, a result may be that a certain intersection will be prone to collisions due to upcoming bad weather.

Another AI tool applied during this analytics phase is natural language generation. Reports may be returned in a consumable language with recommendations. These results may include both specific response recommendations as well as insight on how to prevent a repeat occurrence.

When is predictive policing applicable?

Predictive policing can be used across a range of enforcement issues. For example, in Chicago, officers have used their algorithm to reduce the homicide rate by 39 percent over a seven month period. Fresno was one of the first cities in the United States to apply predictive policing technology to violent crimes and see those rates drop as well.

As recently as January 2018, Japan announced that it was creating an AI system to beef up its security protocols prior to the 2020 Tokyo Olympics. New iterations of predictive policing have also been applied to traffic situations: systems can predict where drivers are more likely to have accidents or engage in unlawful behavior (such as running red lights).

The drawback to technology-driven law enforcement is that it does not identify social issues as preventable factors. Thus, predictive policing is less helpful when applied during protests or when crime is heavily influenced by poverty, systemic oppression or lack of basic resources. While the algorithm may identify that crime is more likely in a neighborhood with a low socio-economic rate, it will not provide a compassion-based, human resources driven protocol revision. Another drawback is that it perpetuates the bias of the city it functions in. Thus, predictive policing is not applicable as a sole protocol of law and order.

What is the future of predictive policing?

Dark data and automation will be two hurdles to overcome. With as many data sources as a police force has access to, ensuring information does not become an iceberg will be essential to preventing vulnerabilities and ensuring algorithm accuracy. Moreover, with the increasing opportunities for crime, especially those that are digitally aided, automating part of the predictive policing process will be a breakeven point in relieving overwhelmed officers.

However, with the era of IoT, edge computing predictive policing solutions offer the opportunity to handle these issues. A police department with a smart city infrastructure will have the most opportunity to automate their initiatives and manage dark data effectively.

A law-and-order edge-computing network looks different than other cloud-based solutions. These smart observers would be able to draw patterns instantaneously with real time data capture and harnessing. Equipped with processors and AI programs, these devices would be able to minimize the amount of information being relayed to central stations (thus diminishing the potential for dark data) and communicate directly with officers, automating the policing process. By being at the source, predictions could arrive faster, increasing the likelihood of preventing future crime.

The IoT devices at the edge of a predictive policing network must be incredibly secure — both physically and digitally — which means these applicable devices may be a few years down the road. However, as the technology begins to innovate and mature, implementing predictive policing tactics in these types of networks will become more common.