“That’s amazing!” (or some variation) are usually the first words people say when I show them a 3D printed object. That I created. On my home 3D printer.

Hi, I’m Wallace and I work at Sealevel. I focused on mechanical engineering 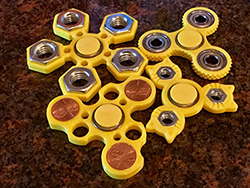 in school with dreams of becoming a CGI animator for Pixar or ILM, back in the days when Wally B. and The Last Starfighter were considered state-of-the art. One of my current passions is 3D printing.

I’ve always considered myself a tinkerer. My parents encouraged me to tear into broken appliances and toys, to see how they worked, and to try and put them back together again. As an aside, they weren’t too happy about me disassembling the family microwave oven and VCR. They were still operational; that was, until I took a screwdriver to them.

Fast forward to 2017 and the age of 3D printing is upon us. Well, it has been here for several years, but prices and complexity have kept most people away. However, we’ve watched prices continue to drop and you can now buy a capable 3D printer for around $200. 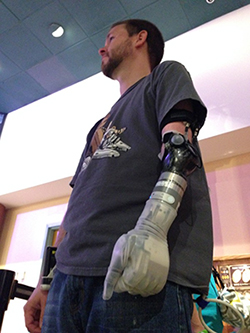 And software continues to improve with no shortage of programs to help you realize your dreams in full 3D. Programs like TinkerCAD are easy enough for small children to use. CAD programs like DesignSpark Mechanical or Autodesk Fusion 360 are available for expert modelers. You can then run your 3D model through a program, such as Slic3r (free) or Simplify3D (paid), to prepare it for printing.

A few years ago, Sealevel bought a couple of Makerbot 3D printers for R&D and they quickly became part of the prototyping process. Sealevel also donated 3D printers to the STEM program at one local middle school and the high school career center. The middle school partnered with Enabling the Future, who helped them design and print a prosthetic hand for a local elementary student.

Back in January, I stumbled across a low mileage Makerbot Rep2 on Craigslist. After a couple of phone calls to the owner, and a few friends with their own 3D 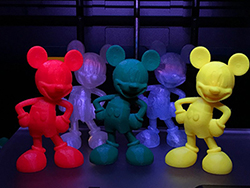 printers, I bought the Makerbot. My wife is a huge Disney fan and as part of my agreement to buying the 3D printer, every time I change filament colors I print her a Mickey Mouse figure. Sounds like a fair trade to me.

I started printing small objects I found on Thingiverse and graduated to fidget spinners. These test objects help me get familiar with the tolerances and strength of 3D printed parts. I discovered that the orientation of a part on the build plate will greatly affect its strength. Using inexpensive PLA filament, most objects cost a few dollars at the most. It’s very cost-effective to make minute changes and print several variations to test. Try doing that with other manufacturing methods.

The What & Why of Industrial USB Hubs