In the second installment of this five-part series, Jon Titus explores the basic elements of a control system. Click the following link if you missed the first installment: Relays Explained. Check back next month for the 3rd installment.

Q: OK, the relays and their operations seem clear. In a few cases, I’ll use an off-the-shelf controller’s outputs to turn a device such as a solenoid on or off. But many controllers have either current-sink or current-source terminals rather than relay terminals. What do these labels mean and how do I use them? 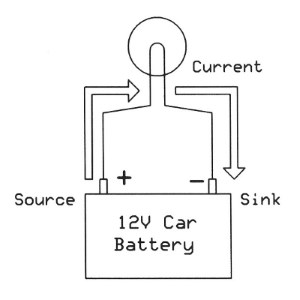 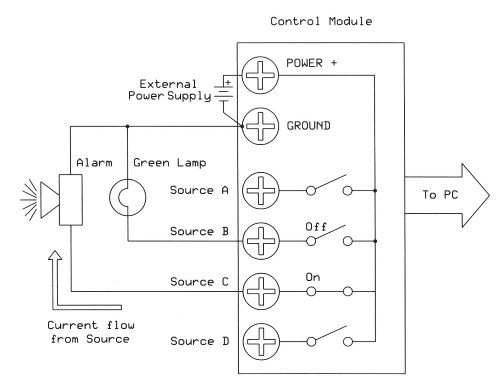 Figure 7. Current-source connections typical of those on an industrial-control module. This module requires an external power supply for the sources. Shown here as a battery symbol. In this example, the Source C output supplies current to the Alarm device to turn it on. The Green Lamp is not energized. An arrow shows the current-flow path.

Of course, equipment may provide current-sink inputs instead of sources, but the principle is the same–current flows from a high potential to a low potential. In the case of current sinks, the devices you want to control must have a connection to a positive voltage. When a sink input turns on, current flows into the sink and completes the circuit to ground. Figure 8 illustrates connections for current-sink switching. Compare the current flow in Figures 7 and 8 and look at the battery connection on the right-hand side of each switch. 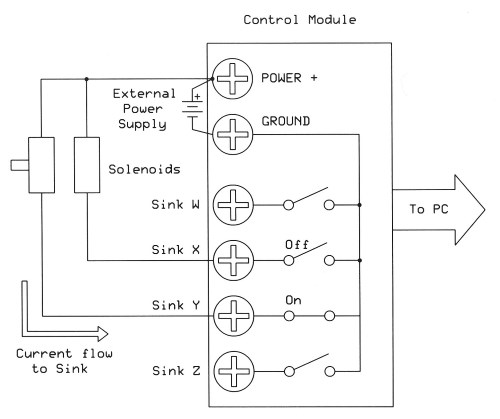 Figure 8. A set of current-sink switches connects powered devices to ground and completes a circuit to turn them on. In this case, all devices connect to the power supply’s positive-voltage screw. The Control Module makes the connection to ground based on commands from a PC or other controller. An arrow shows the current-flow path.

We hope you enjoyed the second installment. Check back next month where Jon will explain PNP vs. NPN Logic in his Control System Basics series. Be sure to read the first installment: